Physically, color is made up of visible light, which is electromagnetic radiation of wavelengths between about 380nm and 700nm [Wa10]. Pure spectral colors, known as the colors of the rainbow, are composed of only one wavelength of light. All other colors including white and pink, for example, must therefore be a mixture of several wavelengths. Physiologically, human beings with normal color vision perceive color with three different kinds of cone cells in their eyes. These cones differ in sensitivity to certain wavelengths, peaking at about 419nm, 531nm, and 558nm [DBM83, p. 121], which correspond roughly to blue, green and red.

In the literature, the terms color model, color space, and color system are sometimes used interchangeably [AKM07, p. 1345]. In a more precise definition, a color model describes an abstract way in which colors can be represented via a number of components, for example red, green, and blue. By this definition, a system can only be called a color space if such a model is combined with a definition for how to interpret the components [GRR10, p. 394]. For instance, in the example of a color model with components for red, green, and blue, one color space may specify a green value equal to the number one with all other components equal to zero to be slightly more saturated and slightly more yellow than another. The term color system will be used synonymously for both color model and color space on this site. If not otherwise specified, component parameters will always be considered to be in the [0,1] interval. 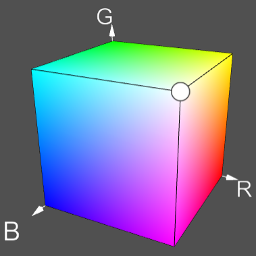 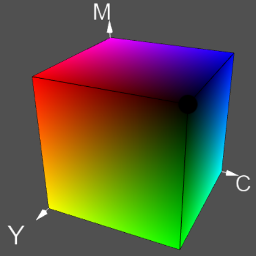 Cyan, magenta, and yellow (and black) 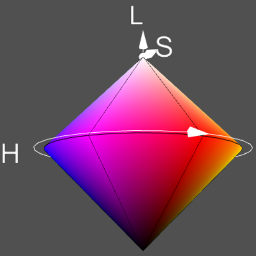 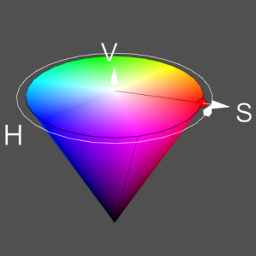